A guest blog by Adam Palm of Product Governance Ltd on DFX and product quality.

DFX and ‘the good old days’

My father was a small businessman throughout the 1970’s to the 1990’s. In that quaint time, people still believed in repairing domestic appliances. He owned and managed a small company doing just that. His company fixed TV’s, VCR’s, washing machines, dryers and the like. I grew up as a small child wondering what those lentil looking things were on green boards inside the TV.

Then as a slightly older child wondering about the multiple leg black cockroach looking things that replaced them. I had no idea or understanding, until I commenced an apprenticeship in my teens. But that lack of knowledge did not stop me watching my father and his team daily expressing frustration in a colourful way that only an Australian ex-army Sargent could.

His frustration? (without the colourful language) “…Engineers”. “…Why would you put that there?”. “…Wasn’t it obvious that something that hot would damage a board that thin?”, “…this needs to be calibrated, there is no access point on the circuit board!!”, “ you need to break it to disassemble it!”

How times have changed, or have they?

For large mass-produced product I suppose for the most part, yes they have. However, in the early 2000’s I still recall working on a high voltage inverter whereby its calibration point was on one side of the cabinet surrounded by 22 thousand volts, however the voltmeter was on the other-side of the cabinet. Imagine calibrating this device, live, centimetres away from 22 thousand volts while looking around the cabinet in the meter reversed in a mirror! I heard my fathers voice in my ears: “…Engineers”. As a product supplied by a massive multinational, there were tens of thousands of these around the world. Each needing calibration 3 to 4 times per year.

Imagine the opportunity for injury? By design. What about the costs of such a convoluted process, conducted probably 50,000 around the world each year within the warranty period. Then paid for by the customer each year for the estimated 10 year product life. In the end that multinational couldn’t compete due to servicing costs and no longer sells into that market.

The ability to maintain or service product starts at design. This process is called Design For Service (DFS).  Using methods to consider what is required to maintain a product creates things like test points (and hopefully safe ones!), appropriate selection of long-life materials suitable for their in-use environment, simple assembly and disassembly. These all require forethought during design. When within design? At the earliest possible stages. If not, then serviceability becomes an expensive and often ineffective afterthought just before the product enters the market. I can’t help but remember the 22kV inverter example above.

Perhaps the use of a mirror was justified rather than placing the voltmeter next to the calibration point because it was only considered at the last minute? Maybe the conversation went like this: “…good idea – we didn’t think about how to calibrate it, only that it would require calibration. But too late now guys, the product has to be released and we have no time to move the meter…I know, get the service tech’s to use a mirror – they are clever fellows after-all.”

Years later, I qualified as an Engineer… or as my father put it – had part of my brain removed. I became involved in Quality Engineering and Production Engineering.  I found myself with the mission of improving the yield on a production line in a ‘high tech’ original equipment small company in a niche market. I noticed that one assembler had a ‘nack’ of putting product together quicker than the others, but some assemblers had a higher pass-rate. Why do they assemble in different ways at all? I asked the assemblers. In many cases it was a matter of pride ”I have been an assembler for 20 years and I know how to do it better than anyone else!”, “ …when it comes to this sort of work everyone comes to me ‘cause I know how to do it and frankly, I don’t let anyone else know”. When I asked the design engineering team, they replied: “…We have told the assemblers what to do… they just need to follow the instructions…”.

Just like serviceability, manufacturability and testability need to considered at the early stages of design. I quickly found that process already existed to this end. Design For Manufacturability (DFM) and Design For Testability (DFT). Along with DFS these processes seek to engage the assemblers, testers and inspectors as well as the design team during product design. This reduces costs during manufacture, test and service. Done well, it also speeds up the product development process.

Some time on in my Engineering life, I became involved in a product recall. Again a ‘high tech’ original equipment small company, this particular product line was 60% of its revenue. The in-house yield was 40%. Even then, the failure rate in the field was 25%. Despite this, in some ways, this company was a little ahead of the rest. It implemented risk assessment methods to improve service, manufacturability and test. So how could this reliability problem exist? What it failed to do was use similar processes to consider Design For Reliability (DFR). In an attempt to reduce product development time and cost, it had assumed that by using multiple different ‘off the shelf’ sub-systems such as lenses, or pre-build embedded micro systems (like a raspberry pi) that they could integrate these without inter-system reliability issues. As was stated “…we built 5 and they worked!” By buying off the shelf the design team failed to grasp the critical interactions between the sub-systems or components. These components, such as lenses or embedded micro controllers, tend to be built in the tens of thousands. Was testing 5 quickly lashed together systems really a statistically suitable sample?

Obviously not. So at some random time in the future could the component supplier send you parts that are within their stated specification, but won’t function in your product? Obviously possible. Could a critical specification (that was not procedurally identified) change on a component? Indeed. Will it change while the product is in use by the customer at some time in the future? Is it subject to variation due to temperature or vibration? Plastics change shape with time, so can metal. Resistance and capacitance values can vary with time and so can input impedance. Future product recall perhaps? Because of a long lead time, the company in this example received a large shipment of a particular ‘off the shelf’ component. The parts could not be used as the 5 that were tested had critical specifications that were not all that indicative of the production batch received. Then again, both the samples and the production batch were ‘as specified’ by the supplier. This company no longer sells into that market. Prototypes can demonstrate that a design MAY be able to achieve it’s goal but does not ensure it always WILL achieve it’s goal.

Time to do it twice?

The word ‘Quality’ was deliberately avoided within the above true story. This was done to avoid the pre-conceived ideas that Quality Engineering and Quality Management are about audits and inspection. The Quality processes DFS, DFM, DFT and DFR are also known holistically as DFX.  Quality process such as Failure Mode Effect Analysis (FMEA) can be used to provide the risk assessments referred to above. Other Quality methodologies such as Measurement Systems Analysis (MSA) and Statistical Process Control (SPC) work in synergy with an Advance Product Quality Plan (APQP) to ensure your company can produce high reliability product, that is easy and inexpensive to manufacture and service. It was these process that took the automotive world from the 1970’s Datsun to the modern machines we drive today. These processes are also pivotal in demonstrating standards compliance and due diligence for future investors.

I grew-up around technology. I understand that Engineers need to be more than “…Engineers”.  At some stage, someone has to build, service or use what Engineers produce. I combine my ‘hands-on’ beginning with an academic engineering education to create real world procedural solutions to the product development process. I call that Product Governance. Whether you are in need of urgent assistance, starting a new product line internally or within a supply chain, or transforming an existing business it would be my privileged to assist your company to improve their products reliability, manufacturability and serviceability while also reducing costs. 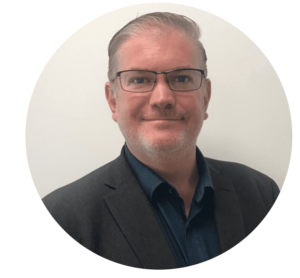 Adam Palm is the Managing Director of Product Governance Ltd. Buy products, not recalls. You can reach him using these contact details.

Adam has extensive knowledge of electronics and product management with a strong focus on preventing product recalls. Product Governance not only provides ‘first rate audits of design, manufacturing and quality systems’ but they also carry out analysis of organizational culture. Helping you to uncover the hidden risks within your products.