How the emerging technology of Wide Band Gap SiC and GaN transistors will pave the way for the next generation of mains voltage power converters for electronic devices, resulting in significant improvements in size and power efficiency.

The next generation of Wide Band Gap Metal Oxide Semiconductor (MOSFET) power transistors, Silicon Carbide (SiC) and Gallium Nitride (GaN), are starting to emerge onto the market. This new technology will allow for smaller and more efficient power converters.

What current technology is used?

Since the invention of the transistor in 1954 by Bell Laboratories, solid state power conversion has used Silicone as the base semiconductor material. Solid state power converters have sparked a revolution in power density, efficiency and performance. This technology has been refined and improved over the last 60 years and now reaching a stage where the fundamental limits of silicon as a power semiconductor material are limiting any significant further improvements.

Transistors and how they are changing

In order to change one form of electrical energy to another at high efficiency, a solid state power converter will use a transistor to chop up the voltage or current from the supply and feed this into a filter to remove the switching harmonics. The size of this filter, either inductive or capacitive depending on the topology, is dictated by the switching speed of the transistor.

What are the key advantages of using SiC and GaN

The key advantage of this new technology is that the SiC and GaN devices can switch on and off much faster, when compared to a traditional Silicon MOSFET of a similar voltage and current rating. This allows for a reduction of switching losses and an increase in switching frequency. In addition, SiC and GaN can operate at much higher temperatures than Silicone, increasing reliability and reducing volume yet further.

The effect on frequency and volume

Since the invention of the closed core transformer in 1885 by Ganz Works, AC electrical power conversion has traditionally relied on the use of low frequency transformers operating at 50Hz or 60Hz. However the transformers used are large, expensive and heavy and are not well suited for use in modern day electronic devices. In addition to providing a regulated DC voltage, a rectifier and linear regulator need to be used, limiting the efficiency. To overcome these issues, solid state power converters were developed, allowing the use of transformers or inductors operated at 10,000 Hz or greater. As the core cross sectional area is limited by magnetic saturation from the Voltage Time Area (VTA) of the AC wave, a higher frequency will allow for a smaller core. Even allowing for the use of high frequency magnetic materials with a lower maximum flux density, such as ferrite, there will be a significant reduction in core size when compared with a 50Hz transformer. The impact of this can be observed by comparing the size and power rating of a phone charger from the 2000’s to one made today. An example improvement of this technology is a 7 times reduction in weight, a three times reduction in volume, whilst producing twice the output power.

The next generation of power semiconductor materials have the potential to allow for greater than an order of magnitude improvement in power density over the current technology, as the switching speeds can be increased well in excess of 100,000Hz.

The effect on power losses

With power transistors you can lose energy one of two ways. These are conduction losses when the current is flowing through the device and switching losses as you turn it on or off.

The instantaneous switching losses are incredibly large (thousands of Watts) due to the high voltage and currents involved, however these switching losses only occur when the transistor is operating in the linear region, when it is neither on or off. If the transistor takes too long to transition between the on and off state, these losses can easily overheat the device and destroy it.

The new SiC and GaN devices not only reduce switching time by an order of magnitude, reducing the switching losses, and due to the reduced physical size of these devices, the conduction losses are also halved.

The new materials mean you can operate devices at a switching frequency ten times greater and operate with lower losses. Magnetic materials can be ten times smaller.

In summary as the magnetic components are half the size, the volume taken up by the transistors is smaller, whilst the performance and efficiency are significantly increased.

Where will the technology be used?

The technology is applicable on anything from a laptop to an electric bus. It is expected that this technology will become very common place in many applications in the coming years.

The expected price trends through the acceleration of the electric vehicle market.

The technology currently has a price premium due to being such a new technology with a currently limited number of suppliers. However as time goes on and there is more availability the price is expected to drop.

It is expected that the recent interest in electric vehicles is likely to speed up this process. Vehicle manufacturers who use the technology will see a noticeable improvement, with the cost savings from reduced weight and greater efficiency easily off-setting the cost of adding the new technology.

Lower cost applications will see a slower transition, as if they use the current technology it will take far longer for price parity to be reached.

In the next 5 years it is expected that the higher cost applications will create a trickledown effect with manufacturing costs reducing, reducing volume and cost disparity. As the technology becomes adopted more frequently, the cost per demand will drop as demand rises.

Which is better SiC or GaN?

In brief the emerging GaN market has products aimed at lower voltage applications (100V – 650V DC rating) and is ideally suited for single phase power converters. SiC devices are, in general, aimed at applications with a 3-Phase supply (1200V-1600V DC rating). However SiC is easier to incorporate into existing technology and does not require as significant a modification to existing designs. Even when operating at a lower voltage, a 1200V SiC MOSFET will offer significant improvement when compared to a Silicon MOSFET of similar ratings.

When to use SiC – If you have an existing product powered by an 110V-220V AC supply and you want to make it work more efficiently, or have a reduced volume, SiC can be adapted into the design. This is useful if you don’t wish (or have the resources) to start a redesign from scratch.

When to use GaN – This technology performs far better for low voltage applications but requires a far more tailor-made design. The rewards from starting a redesign with GaN can result in further significant improvements in efficiency and power density.

One huge pitfall to avoid

EMC (Electromagnetic Compatibility) can be a real issue for an effective product development process if it is not correctly implemented with SiC or GaN. As soon as you increase the switching frequency the switching frequency harmonics have the potential to cause significant EMC issues. Whilst SiC and GaN may work great in a research setting, when they are let loose on commercial products without thorough testing this can lead to real problems.

Why is getting EMC right so important

Whilst EMC may have a minimal effect on user experience in terms of a buzzing sound or a flicker on the TV the main problem with ignoring EMC in your product designs is compliance.

In order to meet CE / UKCA marking requirements EMC must be addressed. This is to stop your product interfering with emergency radio broadcasts or healthcare devices such as pacemakers.

You could be left having to look at a major redesign if you don’t incorporate EMC early on and this needs to be front of mind for every product designer, as every aspect needs to be spec’d to account for it.

How Ignys can help with EMC for product designs.

Luckily, as the Ignys team, we have a lot of experience helping customers reduce EMC. Electromagnetic compatibility needs to be considered all the way through the product development process before it creates significant issues. 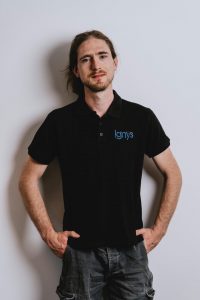 Dr Nicholas Shattock has studied emerging transistor technology extensively as part of his PHD and other research work, in particular with SiC. This technical article was created as a collab between Nicholas and the Ignys marketing manager Hannah Ingram.

Nicholas Shattock has worked on a wide range of power converter topologies incorporating SiC for three and single phase applications.

Read about electronics design at Ignys

Meet The Design Team of the Year - Well done Steven!

Our engineers can help you from the initial specification to final testing. Everything but the simplest products need software or firmware. Get support now.

02
New designs and updates to PCBs

Build a solid foundation for your product. Simulations, calculations, schematics, PCB layouts, prototyping and more. Use our knowledge

04
Avoid mistakes - save time and money

05
Can your product stand the heat?

06
PCB Layout services in the UK

07
Will my idea work technically?

09
Save money without sacrificing quality

Are you confident that every product you ship has been properly manufactured, programmed and set up? Use production test fixtures for automated testing.

014
Parts getting harder to find?

You know you need to innovate, and that technology moves at a really fast pace. What is the right mix of technology for your future products?

Quickly test and iterate parts of your product idea on potential customers. Focus limited resources on experiments to get your features set